What is Classical Herbalism or Jing Fang?

Jing Fang means formula pattern. It is a method of herbal practice that uses the formula patterns described in Zhang Zhong Jing’s Han Dynasty Classical texts; the Shang Han Lun (Treatise on Cold Damage) and the Jin Gui Yao Lue (Prescriptions from the Golden Cabinet). However, Jing Fang is much more than just using formula patterns. It is a method of diagnosis that is based on the six syndromes (variously translated as the six divisions, six conformations or six warps) and the eight guiding principles. This method treats the person not the disease, and promotes the body’s natural ability to restore health.

We are all familiar with the eight principles from our work with TCM, but the six syndromes are less widely taught in the UK, and provide a theoretical basis for clinically effective herbal treatment. The classical lineage of Dr Feng is called the Jing Fang Six Syndrome Differentiation System, and has a specific understanding of the six syndromes that is distinct from the understanding of the Nei Jing Tradition. This approach is simple and effective, and is the basis of our work at the Herb Community Clinic. 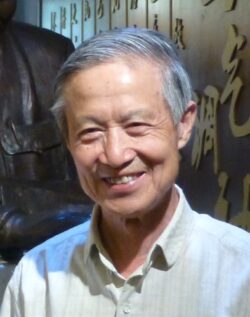 What is the Jing Fang Six Syndrome Differentiation System?

The Jing Fang Six Syndrome Differentiation System is a specific clinical approach to Classical herbalism that comes to us from Dr Feng Shilun in Beijing, as handed down to him by his teacher, Professor Hu Xishu. Prof. Hu was famous all over China for his effective clinical application of Jing Fang. Dr Feng practiced with him from the 1960s, and has continued to practice, teach and develop this approach since Prof. Hu’s death 30 years ago.

Dr Feng is now an old doctor with immense practical experience, and to have his support and teaching as part of our clinic and Jing Fang Apprenticeship is an honour. We are fortunate that Suzanne Robidoux has facilitated the translation of his work into English, helping him to spread the Jing Fang Six Syndrome Differentiation System to the West. Dr Feng’s approach to Jing Fang can be further explored on the ChineseMedicineTraveller website.

In China, the Classical Jing Fang approach of treating the person not the disease has been criticized as unscientific. In answer to this accusation, Professor Hu would often say:

“Etiology, pathology and disease location constitute the three elements of disease classification. Western medicine can clearly tell people the name of their disease, even if can not cure it, therefore it is scientific. Chinese medicine can cure diseases, but cannot clearly name them, so it is unscientific”.

Frances and her colleagues at the School of Classical Chinese Herbalism offers a Jing Fang Apprenticeship, which is a clinical training in Classical Herbalism.

The Advantages of Learning Classical Herbalism

Frances runs a clinic at the Cholsey Complementary Health Centre, in the village of Cholsey, South Oxfordshire. She runs the Herb Community Clinic on Monday, and her private clinic Tuesday to Thursday, treating patients with acupuncture, Chinese herbal medicine and healing. Frances is also involved in mentoring students and practitioners.

Chinese Herbal Medicine Training: Entering the world of herbs is daunting, mind-boggling, and utterly amazing. It’s the best thing you could ever do for yourself as a practitioner and your patients. You’ll see things through a different lens which will give a better understanding of your patients and therefore better treatments, even when they don’t take herbs. I cannot recommend it enough.